You will be missed dear friend.

His funeral was lovely, pips flowers and wand were such a nice touch on the coffin, and carl told me the undertaker said he is holding a pack of cards, a pen and his book of magic secret notes, which makes me smile a lot.

Was lovely to have most of the islands magic community in the same place all together, some ive not seen in years, we’re all so busy, so it was good to see the guys.. you all scrub up well fellas!

Thank you to the vicar, (& staff at St Marys) speakers, magicians and everyone who came, was so good to see such a big turn out for such a wonderful and true gentleman. 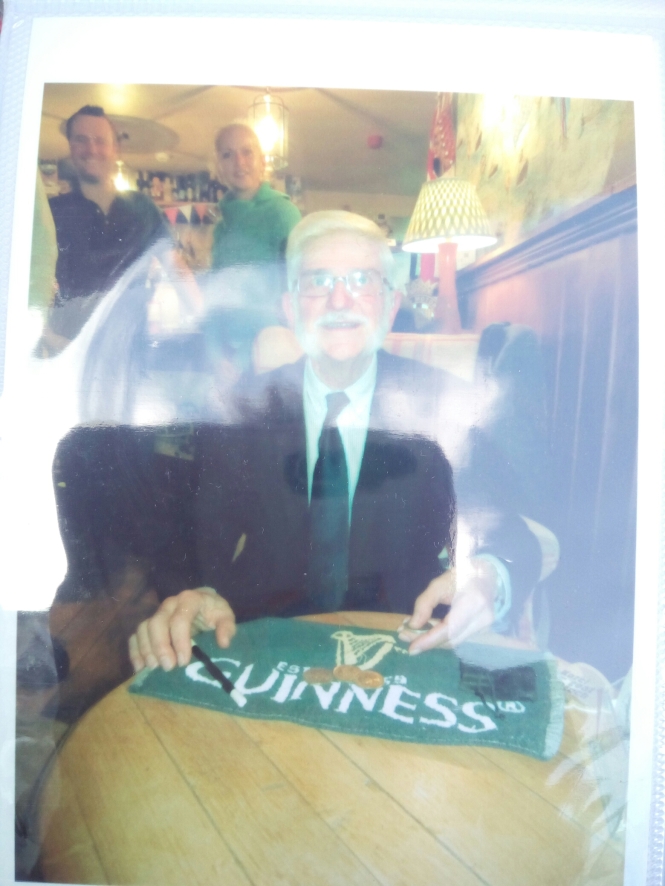 This is a snap of a snap of him performing at the ale house, with his coins routines. I sought this photo out, as its one of my cherished memory’s, him performing this when having a coffee and catch up on one of our tiffins visits.

I had no idea Bernard had a cups routine, so loved this shot, was touched even more when on of his close friends said “You did that last night!” I smiled wide and said “At the moment, I only use 1, so I’m gunna have to practice harder to work up to Bernard’s 3!”

His face! And pip his best mate is in there too. Ill miss the three of us and our taxi rides to jumbo day, but I’m glad George is taking you in the car this year. I’ll get the cuppers in! 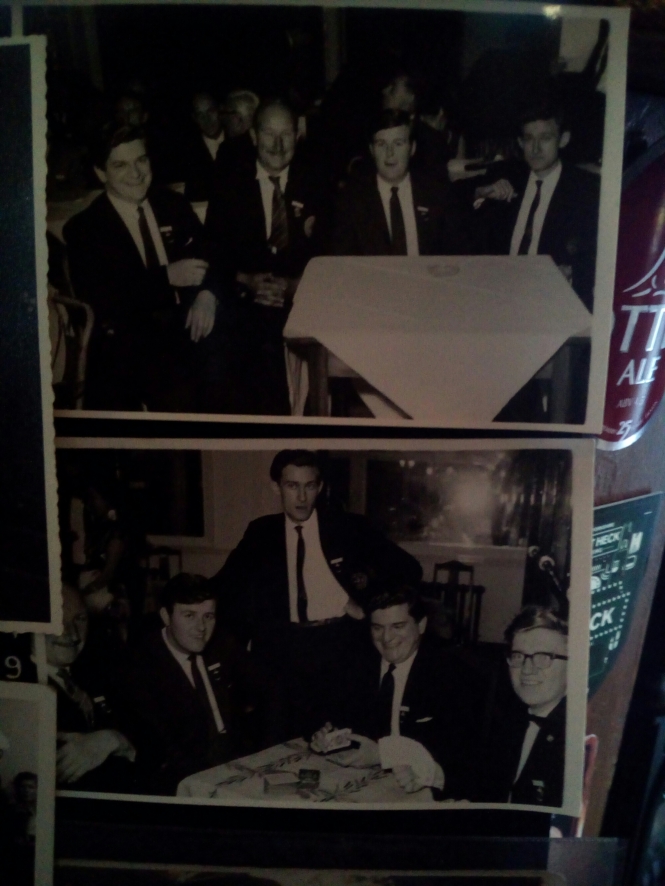 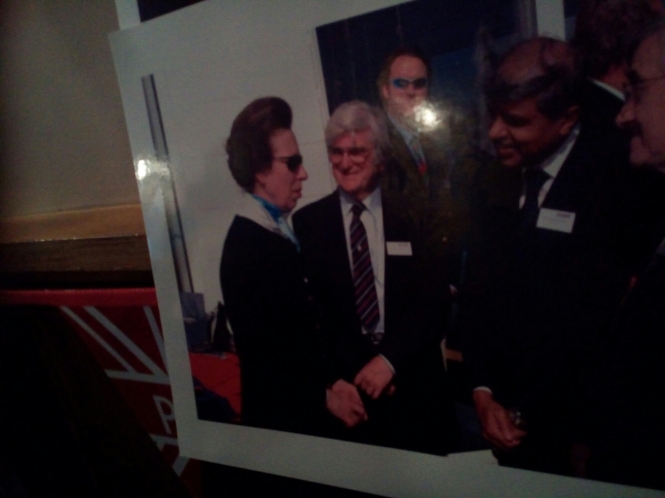 These are some of the only photos I snapped of Bernard from the video of the last adults games and magic nite we did in February.

The night was Bernard’s idea, with Adam, Joyce and myself setting up and running with the help of the friends of cowes library of which he was a great part. 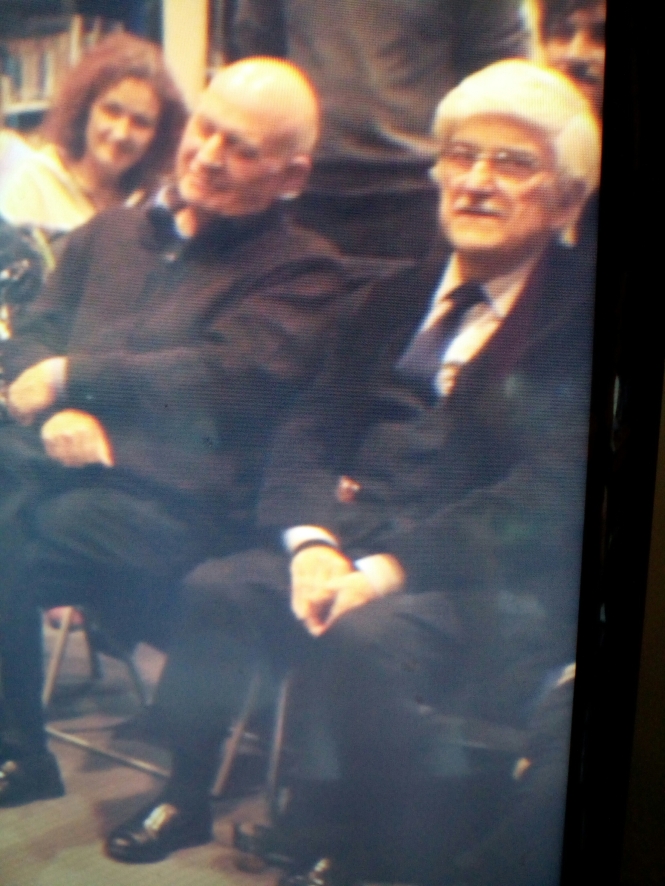 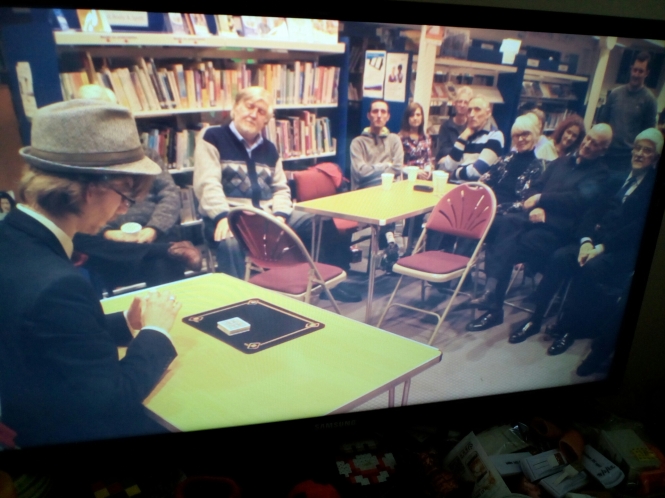 After hearing that he’d passed, it seemed only fit to hold another night in his honour. To which Bryn (B&Js Magic) Andy Vance, Chris Pickett (Maestro) and myself performed for a full library of lovely people.

Thank you to all who came, check out the videos on my FB wall. Keep your eye out for another one soon! 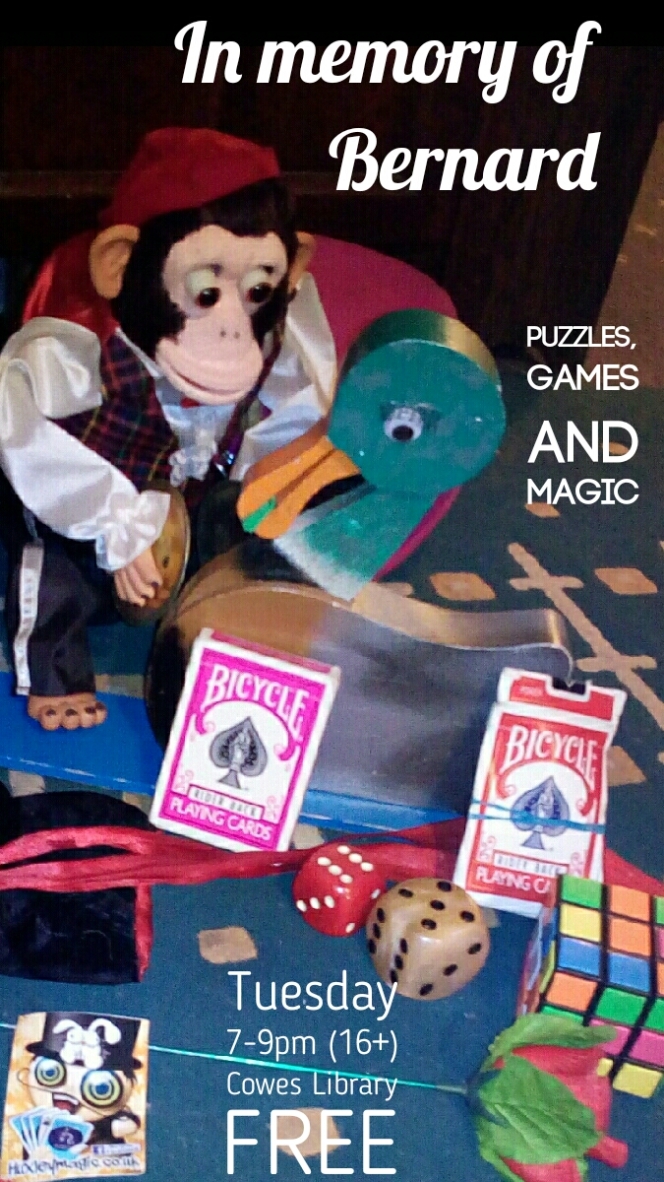 There is a few positives that have come out of this saddening loss, that is I’ve seen and chatted to old friends, forged new ones, reached out and chatted more to my grandad, and realise you gotta strike while the irons hot!

You will be dearly missed old friend, but thanks for the fun… And memory’s. X